Louisiana cuisine with a French accent

Louisiana cuisine with a French accent

Born in New Orleans, Aaron began his culinary career working with some of the city’s most honored chefs, including James Beard Award-winning Susan Spicer (Bayona and Mondo), and local legend, Gerard Maras (Gerard’s Downtown). In 2006, he became the Executive Chef at Bank Cafe, and that same year was named one of the Top 5 “Chefs to Watch” by Louisiana Cookin’ Magazine. In 2007, he partnered with longtime friend and entrepreneur Leon Touzet, to open Patois. Since then, Chef Aaron’s food has been recognized annually by The Times-Picayune, and featured in Garden & Gun, among other national, regional, and local publications. Most recently, he was crowned King Of Louisiana Seafood and will represent the State in 2014’s Great American Seafood Cook Off. Patois’ menu reflects Chef Aaron’s commitment to locally sourced ingredients in classic French cuisine with a patois, or local accent. 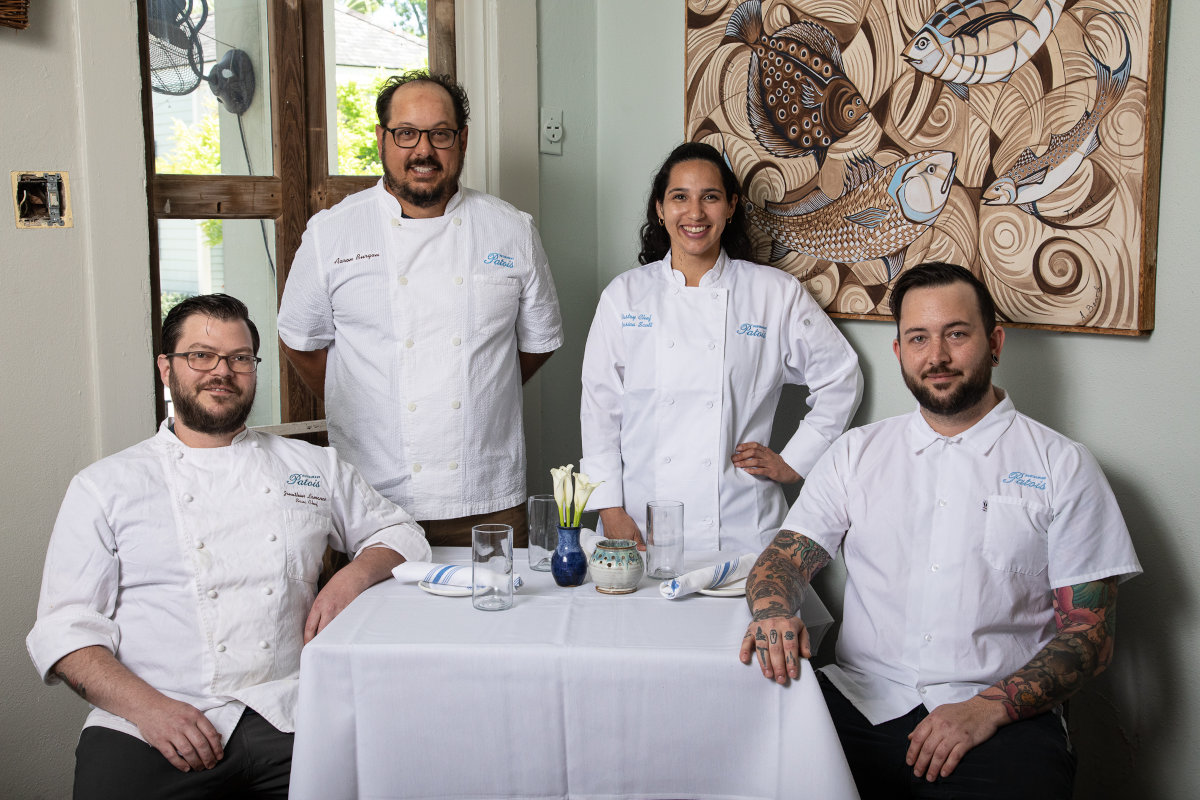